The history of Seal Beach is one of ups and downs but there has been one constant.

From the heyday of the local Indian culture to the days of the “Joy Zone,” the Jewel Cafe dancing hall, the wild days of Seal Beach as “Sin City,” to the present family town, one thing has remained constant – people came for the sunshine and ocean air.

Studies of the Gabrielino Indians who inhabited the area show a people who spoke the Shoshone language of many western American tribes. They were a nomadic people, friendly, far from warlike, who built winter shacks and enjoyed the mild climate. They mixed easily with other migratory people who drifted into the region. Food was abundant and there was plenty for everyone.

The Gabrielinos seem to have existed by the banks of the San Gabriel River in a state of perpetual beach party, barbecue, clambake type-atmosphere. They did find time, however to become somewhat proficient and well-known for their basket weaving. 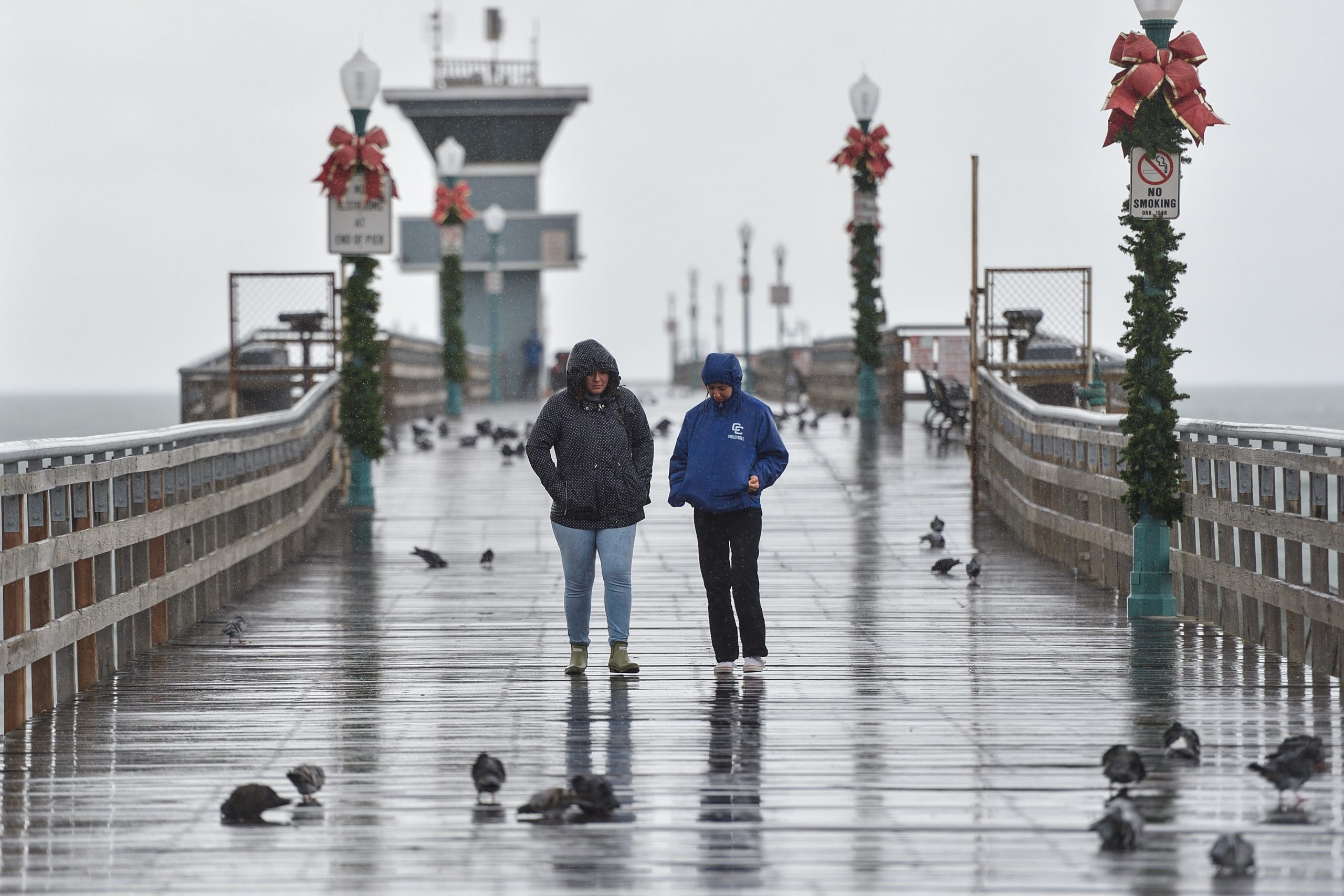 The center of the coastal Indians’ legends was the village of Puvungas, the site of the Rancho Los Alamitos, the seed of the new world culture we find today.

The Rancho was part of the famous Spanish, California land grant. In 1862 Don Abel Stearns was granted 200,000 acres of the Rancho that included present day Seal Beach.

Later, Fred Bixby, who was raised on Rancho Los Alamitos, located in present day Bixby Knolls in Long Beach, owned, co-owned and managed a million acres in California and Arizona, including parts of Seal Beach. The Bixby Ranch Company, with 90 percent of its shareholders being Bixby family members, still has real estate holding in the city of Seal Beach.

Another early landowner was I. W. Hellman, founder of Farmers and Merchants Bank of Los Angeles in April 1871.

In the late 1800’s John Bixby, his cousin Jotham Bixby, and Hellman purchased much of the Rancho Alamitos land from Stearns. The names of Bixby and Hellman still ring through the history of Seal Beach. The Hellman Ranch was an original Spanish land grant, purchased for a reported three cents per acre.

During the 1800’s, after the gold rush, the German Burghers began the village of Anaheim. In 1867, seeking a port to on-load their goods, the Burghers utilized Anaheim Landing, near the site of the Seal Beach Naval Weapons Station.

By the 1870’s the Burghers began using the coast as a pleasant place to spend summer days. Before long the spot caught on as one of the most popular summer vacation spots. They enjoyed the still water of the bay in which children could swim and be safe.

Anaheim Landing’s popularity as a shipping port died with the influx of the Pacific Electric Red Car. But its use as a recreation spot continued to grow. Soon a “tent city” began with spaces carved out as 25 square feet. This pattern can still be seen today in Old Town Seal Beach with its small lots. The Burghers called the place Bay City. However it was too often confused with San Francisco and the Post Office asked for the city fathers to come up with a new name.

In 1901 J. C. Ord, as associate of Bixby, Hellman and H. E. Huntington, set up the first general store on the corner of Main Street and Electric Avenue. At the time the retired Yankee Civil War veteran was the only year-round resident. Another associate of Ord’s was Philip A. Stanton. He is known as the father of Seal Beach. He is also credited for fathering the cities of Stanton and Huntington Beach. 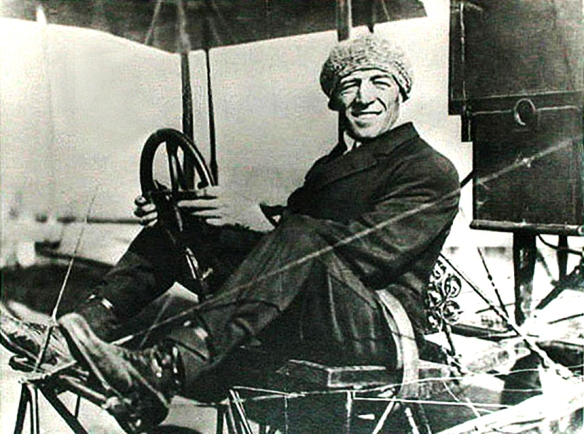 Phillip Stanton is known as the Father of Seal Beach.

A state assembly man from Los Angeles, it was his vision of turning the coastline into a famous vacation resort. His dream was exemplified by the “Joy Zone” at the foot of the longest pier in its day. There, at the Jewel Cafe, one could find dining, dancing, and games. At the end of the pier, the 50 scintillator lights illuminated the evening sky and the Derby roller coaster offered thrills of a lifetime.

One of the first structures ever built at Anaheim Landing was this old bathhouse (circa 1910). 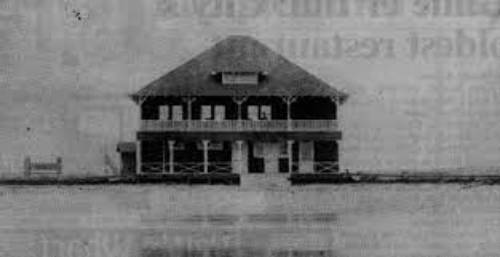 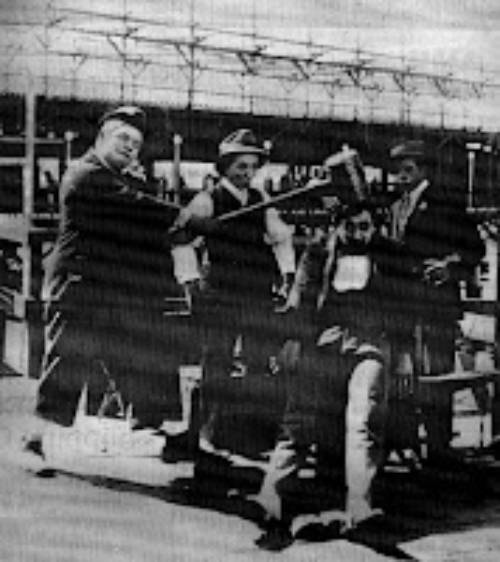 Seal Beach came into its own with a new name and its incorporation as a city on October 27, 1915. With its sunny weather and popular attractions, Hollywood found it a perfect spot to film movies and a great place for party fun.

In 1923 Cecil B. DeMille filmed “The Ten Commandments” and Moses’ parted the “Red Sea” on the flat sea shore of Seal Beach.

These bathing beauties were among the contestants in the second annual Seal Beach Bathing Suit Fashion Parade in 1918. 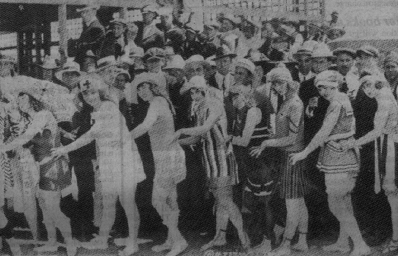 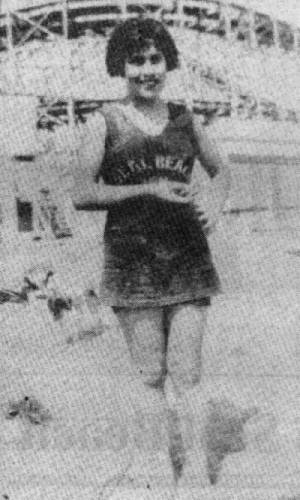 Around this time land developers were busy trying to lure people to come to the area and purchase real estate. However most of the land deals went bust. Then the depression came and the Jewel Cafe, the roller coaster and other amenities fell into disrepair and were eventually hauled away.

Seal Beach then went through its dark period where it was known as “Sin City.” It was called “an open town,” because of the lack of police enforcement. Stories still abound from old timers who remember Seal Beach’s hey day as a drop off point for rum runners during prohibition, a place where prostitution was found in the upstairs of more than one Main Street establishment.

Postman Earl Randall on the pier in 1930.

However, with the Navy’s influx during World War II in the 1940’s came the beginnings of people who wanted to raise their children in the Seal Beach area in a family-like atmosphere. A group of citizens formed “The Good Government Group” and worked hard to run off the “bad elements” from the town. The big fight was with The Airport Club gambling hall. It took three elections in one year and 11 recall attempts in five years, each costing $1,500 to finally kill off the Airport Club and ring the death nell of gambling in Seal Beach in the 1950’s.

With the growing aerospace industry and other businesses, the economic level of people in Seal Beach began to rise. The town began to grow. After Old Town came the Marina Hill area, followed by College Park West in 1964 and College Park East, which was started in 1965 and completed in 1970. 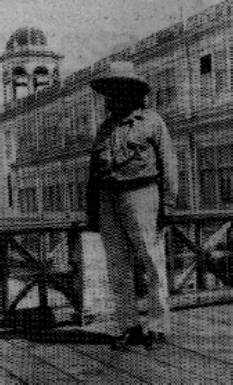 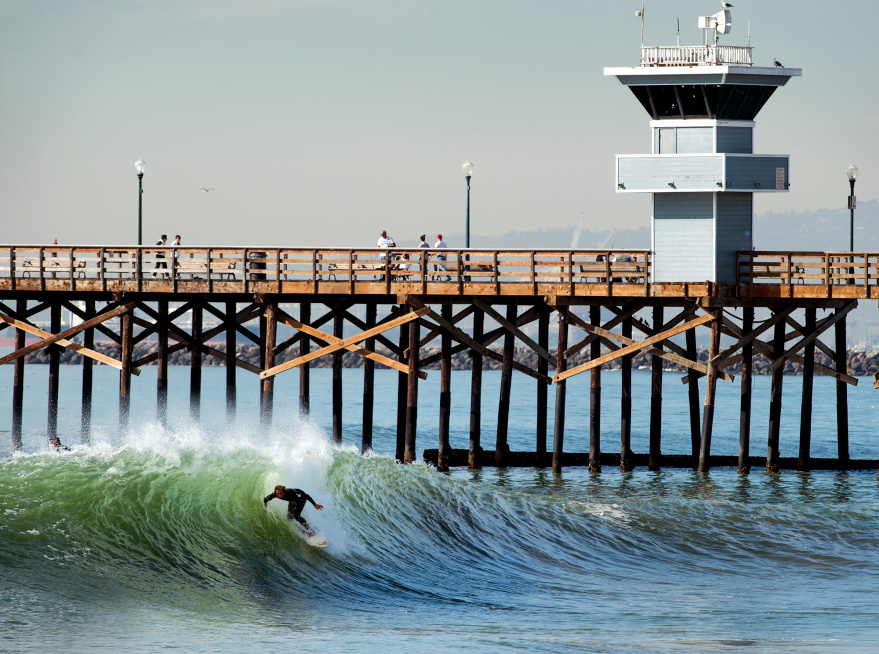 Another area of Seal Beach, Surfside Colony, had been around since 1929 and is credited as the first beach resort community of its type on the west coast. Meanwhile Leisure World, a retirement community which comprises nearly a third of the city’s residents, was built by Ross Cortese in 1957.

Seal Beach during the 1960’s and early 1970’s still had some of its outlaw image. Its Main Street had a funky look with numerous storefronts boarded up. However, in the early 1980’s the character of Main Street began to change as the tone of the times and the city itself became increasingly sublime.

Today there are about 26,000 year-round residents. The city has come a long way since J. C. Ord put up his general store. Real estate in Seal Beach, considered one of the safest city’s Orange County, continues to sell at a premium. It has one of the most celebrated school systems in California, the Los Alamitos Unified School District, and it is considered one of the best places on the coast to raise a family. It has come a long way since the Hellmans paid three cents an acre for their land here.

One thing, however, that most people agree upon that makes Seal Beach stand out among beach towns in California, is in the words of longtime resident Joan Stegman, when she says, “Seal Beach is a friendly place.”